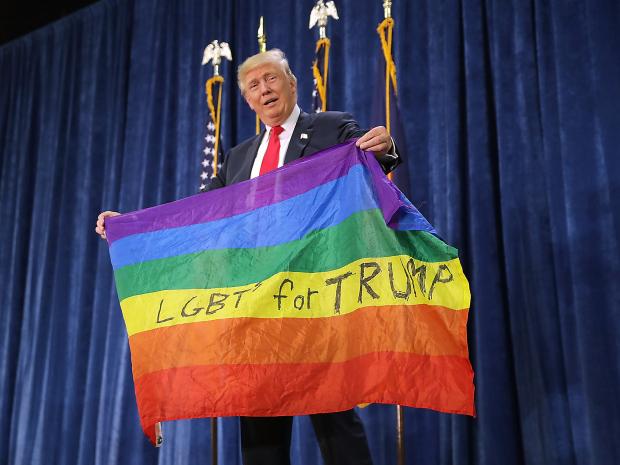 Congratulations, America! You’ve invented the very first ever time machine and have transported us back to the 1920s where equal rights haven’t been invented yet!

Donald Trump’s Department of Justice has appeared in court to argue that employers should be allowed to fire their workers based on their sexual orientation. This argument came about after former skydiving instructor, Donald Zarda, filed to sue Altitude Express on the allegation that they fired him because he was gay. He claimed that he mentioned his orientation in an attempt to calm a customer who became uncomfortable when they were strapped together. He died shortly after he filed the lawsuit in a BASIC-jumping accident but the case has been taken up by his partner, Bill Moore, and his sister, Melissa Zarda.

In New York City, all thirteen judges of the Second Circuit Court of Appeals are expected to decide if Title VII of the 1964 Civil Rights Act that protects people from being discriminated against because of their gender also extends to their sexual orientation. In this case, the Justice Department lawyer, Hashim Mooppan, has stated, “Employers under Title VII are permitted to consider employees’ out-of-work sexual conduct. There is a common sense, intuitive difference between sex and sexual orientation.” However, it’s clear that this man can’t be trusted and is still stuck in the early 1900’s; he stated that there are “real, physical differences” between men and women when asked if it was okay to discriminate based off of gender in the workforce.

The Equal Employment Opportunity Commission, who appeared at the hearing on September 26th, argued against his statement and has been arguing against this contradiction for the past five years. Judges remained unimpressed with the Department of Justice’s entry in the case and Judge Rosemary Pooler’s description of it being “a little bit awkward” for government agencies to be on opposing sides.

Lawyers of Zarda’s estate and the EEOC argued that question was similar to the one the Supreme Court faced 50 years ago when it struck down a state ban on interracial marriage in Loving v. Virginia in 1967. They claim that he was discriminated against because he was attracted to a man, in the same way that people then were discriminated against because they wanted to marry outside of their race.

The appeal comes after a three-judge panel ruled against Zarda in April, stating that Title VII does not protect LGBTQ workers. However, a landmark decision earlier in April at a US Court of Appeals for the Seventh Circuit ruled that the provision does cover sexual orientation. This case could ultimately make its way to the Supreme Court, where the Department of Justice will represent the government.