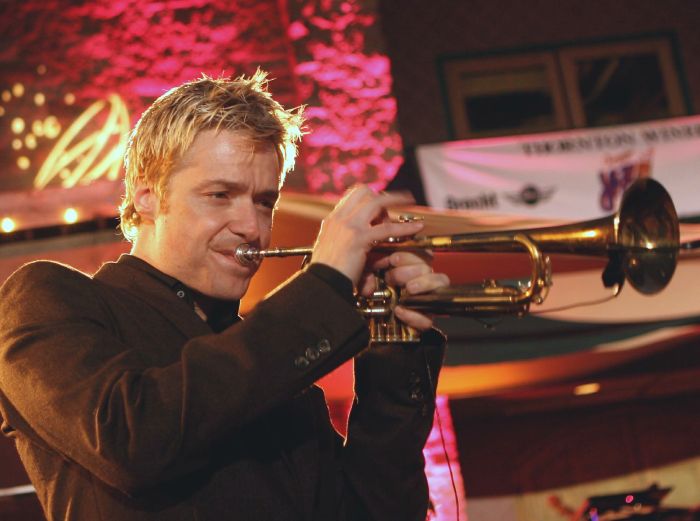 This Valentine’s day, treat yourself and your loved ones to a special performance by one of the most dynamic trumpet players to come around in the past twenty years. Chris Botti will headline Ruby Diamond Concert Hall on Tuesday, and he is sure to bring his twenty plus years of experience across a spectrum of music center stage.

After dropping out of the prestigious Indiana University music program, Botti relocated to the city that never sleeps, New York City, and worked on sharpening his skills as a musician. It was 1990 when Botti hit it big as he and Paul Simon started a decade long touring and recording relationship. During that time he was able to broaden his skills and gain exposure to other singers he would perform with down the road. His debut solo record, First Wish, introduced Brotti’s sound, which combined modern pop jazz with some layers of art rock. In 1997, Midnight Without You was released and two years later Slowing Down the World followed suit. Both albums continued to show off the Chris Botti sound and brand of music.

However, it was the beginning of a new millennia that saw Chris Botti find his true sound. After performing with countless artists such as Andrea Bocelli, Buddy Rich, Frank Sinatra, and Sting, he was able to find a way of combining his jazz-pop sound with more orchestral elements. The orchestra sets the scene and Botti fills it with life.  Nowhere is this more profound than in his latest Grammy winning album Impressions. The album displays all twenty years of his career in the music scene perfectly.

This is something you can expect this Tuesday. During a Chris Botti concert you are not just listening to his trumpet wail, but the music that allowed him to do so. Every genre he’s touched and every artist he’s played with will be in his performance.

The concert begins at 7:30PM in the Ruby Diamond Concert Hall. For more information on the event and ticket prices call 850.644.6500.