On October 24, 2015, the Florida Fish and Wildlife Conservation Commission (FWC) issued a permit for a weeklong hunt of the recently endangered Florida black bear. The hunt approached its quota far quicker than anticipated and was called off in just two days. To the people who are concerned about our environment and its biodiversity, this was an incredibly disheartening – but expected – outcome. Many Floridians are upset with the killing of these animals and have raised questions about the validity of the hunting permit.

1) Was the hunt justified? 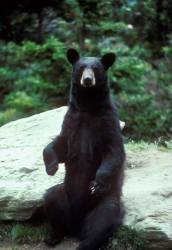 The state regulated hunting permit served to control the Florida black bear population in an effort to limit their interactions with humans. Many people are fearful of these creatures, but statistical and empirical analyses by experts show there is little justification for this assumption. While the black bear is the largest land mammal in Florida, its diet consists of 80% plants and nuts, 15% insects and 5% animals of equivalent or smaller size than an armadillo. Berries, acorns and honey are among their most commonly eaten foods. The FWC states on their website that “the presence of [black] bears is not necessarily a problem or threat to your safety.” These are “naturally shy animals” that “avoid confrontation 90% of the time.” The fear of these animals comes in part from the reputation of their far more aggressive cousin, the grizzly bear. Florida black bears are gentle and curious creatures; they do not merit the same level of apprehension as the grizzly.

2) Was the hunt administered responsibly?

The Florida black bear was on the endangered species list for 38 years with lows in its population dropping into the 300’s. Their numbers slowly increased, and in June 2012, they were taken off the endangered species list. October 24th marked the first legal black bear hunt in over 20 years. This hunt, intended to be a week long, was called off in 48 hours. In two days, almost 300 bears were shot and killed (10% of the FWC’s estimated population of 2500-3000). Keep in mind that these numbers do not account for unreported killings nor do they consider the cubs that will not survive without their mothers. After two decades of safety, the bears’ lack of fear toward hunters most likely contributed to the ease in which they were killed. Traditional hunting does not usually result in such rapid decimation of a population so newly off the endangered species list. Louie Castillo, an officer for the FSU Environmental Service Program, stated, “Though I am not opposed to hunting, I am opposed to the unnecessary bear hunts that took place this weekend in Florida… Hunting should be ethical and responsible – these hunts were neither.” We will have to wait until the FWC’s 2016 population estimates to fully comprehend the repercussions this species will endure.

If you wish to voice your ideas about the Florida black bear hunt, you may contact:

One thought on “Why Should You Care About the Florida Black Bear Hunt?”